by Rishi Raj
in Stories
0

The lives of people who have achieved success, usually, have left a strong footprint on the surface of their industry. Although, the achievement of a certain level of success is a result of a long process, which includes a lot of ups and downs.

Ashwin Bhadri is a known gem and is known for multiple reasons. Be it an entrepreneur or a spokesperson or a human, he has mastered every jack. Let’s dive to know, what Ashwin Bhadri story looks likes from Texas University to owning a well-reputed Equinox Labs. 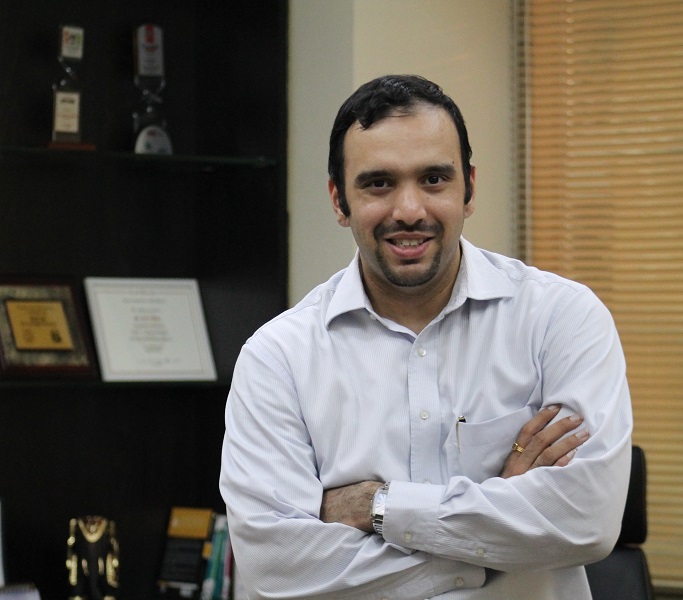 Ashwin like any other ordinary person had to do the mandatory things. Get educated, and settle down in a family business.

For starters, he completed his MBA from the University of Texas, and soon he came to India to take charge of a family business. Ashwin had a specific image of an entrepreneur. His vision was to cater the society with something that benefits them in the long run. As soon as he was back, he joined as Manager in Customer support team in a family business. He helped the team to troubleshoot some queries and this was astonishing.

A proud father of Ashwin was happy to see the progress of his son who helped to reduce 75% logistic and marketing expenses.

He poured his heart and worked in and out to cater the best. As he was working, a realization hit him, “why is it not satisfying my definition of an entrepreneur?”

After constant words with one-self, Ashwin concluded, he need to stop and talk to his father to start his own business. Ashwin thought his father’s words might shatter his dream or he might have to hear clear NO from his dad. Somehow, after gathering all the courage, he conveyed his message to his father.

A silence that can make you deaf was surrounded in the room. Ashwin had no clue about the happiness of his father to take this step.

Ashwin introduced Equinox Labs and this dream came true with hard and smart work. Today Ashwin is proud of his steps as he doesn’t own a business but has contributed a lot to society. He is closely associated with Food and Drug Administration Department to introduce new laws in business. Besides, he has mentored 100 different companies, invest in most, introduced new 8 ventures, sold 2 of them.

As a token of gratitude from society and marking his work, he has been featured by leading news channels and papers.

Equinox uses the latest technology to deliver best in class services for a 360° approach to Safety & Compliance.

They have delivered 50,000+ solutions in Testing and Compliance, and have trained 40,000+ people on Food Safety, FSSAI & Environmental safety.

The company has over 250 in-house experts catering to 15,000+ Clients across the Food and Corporate sector. Additionally, Equinox has teamed up with several Food SMEs and conglomerates, along with Corporate for ensuring complete safety and Health– Audits, Testing, Consultations, and FoSTaC – to name a few.

Kanris Infotech: An Ideal Solution for Non-Tech Founders for Their Tech Startups

Changing The Way You Think About the Startup of Your Business: Achal Veer Srivastava

Flatmate.In Introducing : Make Your Team To Help Tenants To Look For Flat As A Group